The Singer by Lucia Hacman

A young Romani man defeats his fate through work & ambition. 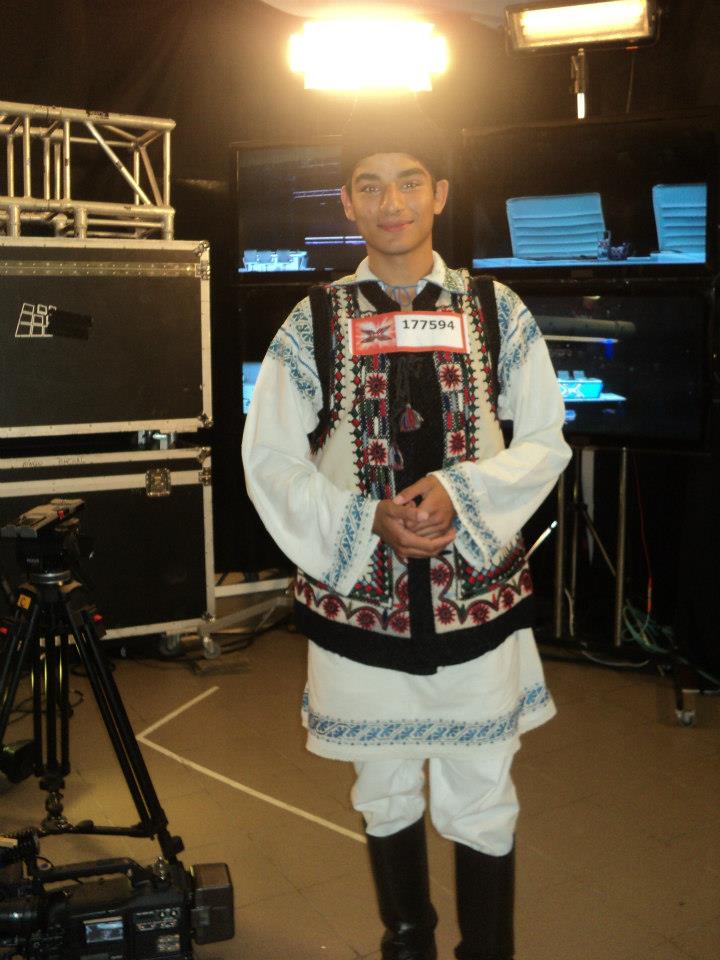 The Foster care center „Ion Holban” from Iași is a home of over 100 children, and inside this family was received 2 years ago also Alexandru Grosu. He stays on the top floor of one from the two buildings of the center, in a cheerful room with new furniture, blinds, parquet and bathroom in the room. It is very clean, the things are carefully arranged, all the clothes stay in the wordrobe on coat hangers, and on the working table a laptop is found, some papers and a few pens.

In those 21 years Alexandru lived as others in 50. He was born in Focșani in a Romani people family and he was abandoned in hospital when he weighed only 1,8 kilogrames because his parents had other 7 brothers at home and a miserable material situation and complicated in order to take care of a premature child. His mother remarried after her first husband died, and after Alexandru’s birth his parents moved to Ruginoasa commune in Iasi County. The youngest of the family, Alexandru, was taken over by the foster care center from Bogdănești (Iași) where he stayed up to the age of 13 years and he finished 4 classes.

The dark – haired boy with black big eyes, naughty won quickly the sympathy of a family of social workers from the foster center who wanted to adopt him. His parents didn’t want so at 14 years old he came back home where he lived for 4 years. While he was at home, he gave up school, for the most part because of the parents who drank alcohol and of the daily scandals.

Because at home he couldn’t stay anymore he ended up living with his sister at Pașcani who had to take care of 9 children and she couldn’t offer him but a mattress on which he could sleep. In order to live, Alexandru cleaned block of flats staircases, and the money he gathered put it in a small bottle with sand and gave it to his sister. He kept also for him a little money in order to buy something to eat and have a bath at a car wash from the city. Additionally, Alexandru had a health problem, a pretty serious one when he lived at his sister’s house and he didn’t have a bath in time, and under his right arm he developed a ganglion that had to be operated and he had to stay for almost 2 months for recovery. He suffered a lot that he couldn’t go to school anymore because everybody from his family don’t have more than 4 classes.

He went to the General Directorate of Social Assistance and Child Protection from Pașcani and he asked for help in order to register at school. „We build our own destiny not somebody else although many times I don’t realize how I got to this level”, says Alexandru. The Foster care center from Pașcani had to be his own home, and at the Special School he could study the gymnasium. Also here at the age of 16 he discovered singing. From pure curiosity he went to the Children’s Club, he didn’t know what singing lessons were and he never made vocals, but he arrived there and he said he wanted to sing. He received a text, he immediately followed the rhythm and his coordinating teacher realized that Alexandru has an ear for music. After a few hours of singing an evolution was seen. He inherits the talent from his mother who sang him carols and she cried sending him a special emotion. „The same emotion I feel myself too when I sing and I try to share it”, tells Alexandru. 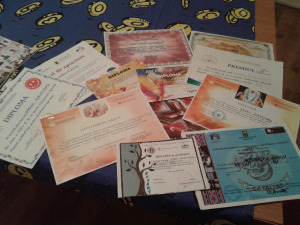 noticed by those from the Children’s Palace from Iași. Here he studied singing lessons for the TV show X Factor at which he participated in 2011. After registration he passed from the preselections of Iasi, he went to Bucharest where he passed the first audition of juror with the audience, he got to auditions at the training phase in boot camp and there he passed the performance audition of a play in English, of a play prepared by the competitors together with the jurors, but he failed the choreography audition. But he was invited for Christmas together with other 9 competitors to sing carols and with the received money from X Factor, 1.000 euro, he bought himself a laptop. The participation at this competition was such a beautiful experience for Alexandru that in 2014 he participated again but he didn’t pass the auditions. He continues his singing lessons at the Children’s Palace and he sings folkloric music at competitions and festivals, his last participation being in the summer at the International Festival of Folklore „Cătălina” from Iași. He received diplomas everywhere and during this year he wants to sing together with the singer Ion Paladi whom he admires and with whom he says that he is similar in voice. His folkloric suit received it from an educator from the foster care center, and the ‘’bundița’’ he received it as a gift from his mother. He also sings popular music, but the folkloric one always represented him because it is a chest full of traditions which he wants to perpetuate further.

Besides singing, Alexandru likes very much to cook. He registered at an after high school of pastry chefs and and he will stay at the center until he finishes his studies in 3 years time. Cooking calms him and makes him smile every time when he is in the kitchen. Besides school practice Alexandru also worked last summer at a restaurant and he hopes to have a job from this hobby. 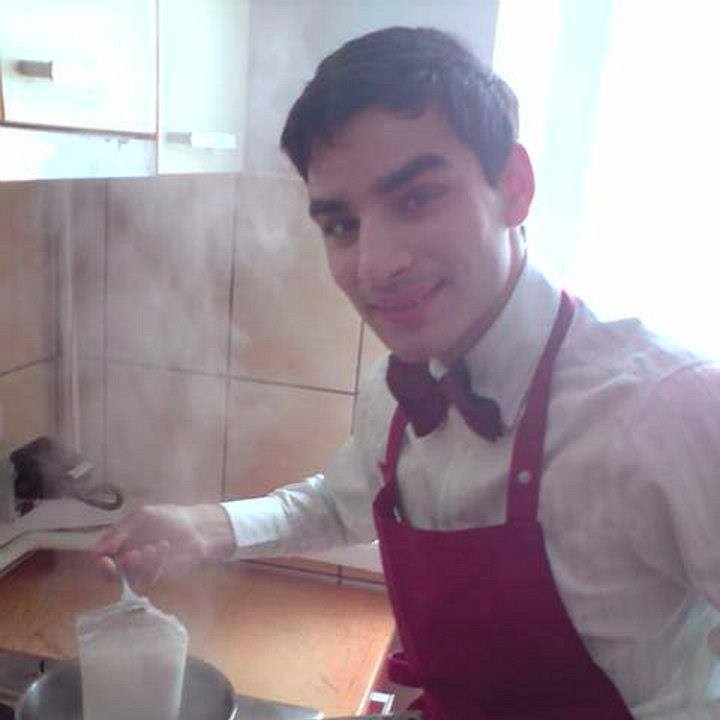 From the foster center he receives 28 lei/per month, pocket money, 3 meals per day, stationery and clothes. But he needs money for his singing lessons and for travelling to the folkloric festivals so he is looking for a job.

He is an active boy and during his free time he is a volunteer. He registered himself in many foundations and associations and he likes very much to help the children who have financial problems, disabilities or those who are abandoned. Thus, he plays with the little ones and he helps them with homework. „I like children very much, I become attached to them quickly and they to me. I can understand them very well through what they pass because neither my life wasn’t easy”, says Alexandru. The First time he made this thing at Pașcani where he worked with children with Down syndrome. In the center he takes care of organizing karaoke nights and holiday events. He has experience from Tătărași Athenaeum where he was also a volunteer but also from the Children’s Palace where he takes care of the public address system at performances after a teacher from there initiated him in this field and he calls him to every event. He doesn’t miss either the activities organized at school, and the last involvement was at the project „Your health matters”, at which together with his colleagues made promotional materials and he presented them in 2 schools from the city.

He keeps in touch with the family on the internet, not also with his parents, but also with his brothers who left the majority to France but he doesn’t receive any kind of help from them. Now his family is represented by those from the center, and for the future he wants his own family. He suffered that he didn’t have his family beside him but he learnt to see the bright side of life and he is happy that he succeeded in studying because this thing will open him new opportunities.

If you haven't decide yet where to direct 2% from income tax for 2019, you can support our activities. Please email us at adplus.iasi@gmail.com or sent us an message on https://www.facebook.com/AsociatiaADPLUS/. Thank you!