The Little Artist by Cristina Babii

Within a family where music has always been a reason of joy, but which none of the members has studied deeper, Antonio, 11, is the only stave heir. His parents are struggling for their little artist’s dream to come true and to see their own becoming reality too, the dream to see Toni being a musician.

Toni painstakingly strings his pile of diplomas with his name written on, of which he shows no sign of modesty. He stretches for a tiny golden medal, tied up with a three-color string – red, yellow and blue, like the Romanian flag. “Little artist’s Spring”, is written on the tiny coin which Toni places, like a cherry on a cake, close to the tens of diplomas. The boy is the pride of his family, the youngest son, the only one to have followed the route of music and of which he has been entirely confident since he was 6. He was still at kindergarten, but he told his parents, despite his fragile age, that he doesn’t want to study. He wants to sing.

A cold, rather dark, November afternoon, somewhere in a neighborhood of Botoșani, a Romanian city, finds the members of Budulică family, scattered through the city’s corners. It’s hardly the dining hour, and only the mother is home, he has just returned from The Children’s Palace where he left Toni at his canto lessons.  Antonio or Toni, how everybody calls him, is the youngest boy of the family, he is almost 11. Bogdan, his bigger brother, is in his last year of high school, and at this time of the day he is usually at the library, studying. “I am very proud of my children, I have good boys, they study hard. The bigger one is preparing to join the Medical University, at Physical Therapy, and even in his first year of high school (A.T.Laurian College from Botoșani – n.r.), he was admitted among the best ones. They even made an article about him at the newspaper, I still have it”, says with pride in her voice, Carmen, the boys’ mother. 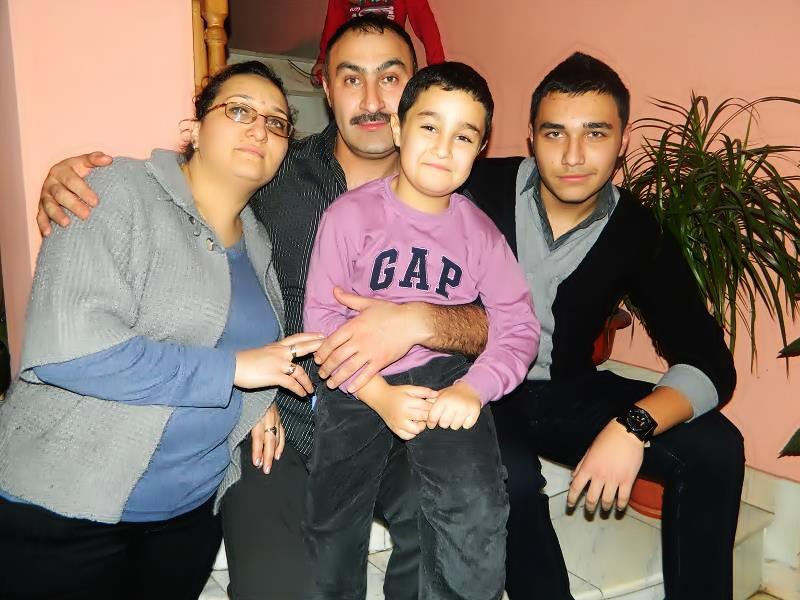 She brags with them. And she has always tried to keep them away from rough words or mistaken judgments, which both she and her husband have felt on their own skin. However, although Toni never knew what “discrimination” among the romani (gypsies) actually means, Bogdan was very little when he was mocked.

“At work, among the colleagues, we haven’t been discriminated because people are mature, but with children it’s another story. Inevitably, they hurt each-other. This comes from their homes, most probably. I had to face this problem with the biggest boy, in his first or second year of elementary, he had a colleague who kept on mocking him, I wanted to talk to him, but his teacher wouldn’t let me. So I was quiet, and quiet, and quiet, for a while, but eventually I had to transfer him from that class. Because of that. I couldn’t keep him there no longer because, being a child, he was suffering”, remembers the boys’ mother.

Before she starts telling me about Toni, the boy suddenly opens the door. With a wide laugh on his face, panting, he tries to say “good evening”, but then gushes to the bedroom. He is restless. He then comes back to the salon, passes by the chestnut colored piano, which his parents have bought at a teacher’s advice, and then rests down on a chair close to the furniture; on each shelf there is a family photo. From each one, Carmen, Mihai, her husband, or the boys are widely smiling. Toni smiles too when his mother remembers the story of how he imposed himself at only 6, and he said “I want to sing.”

“I want to be a musician” 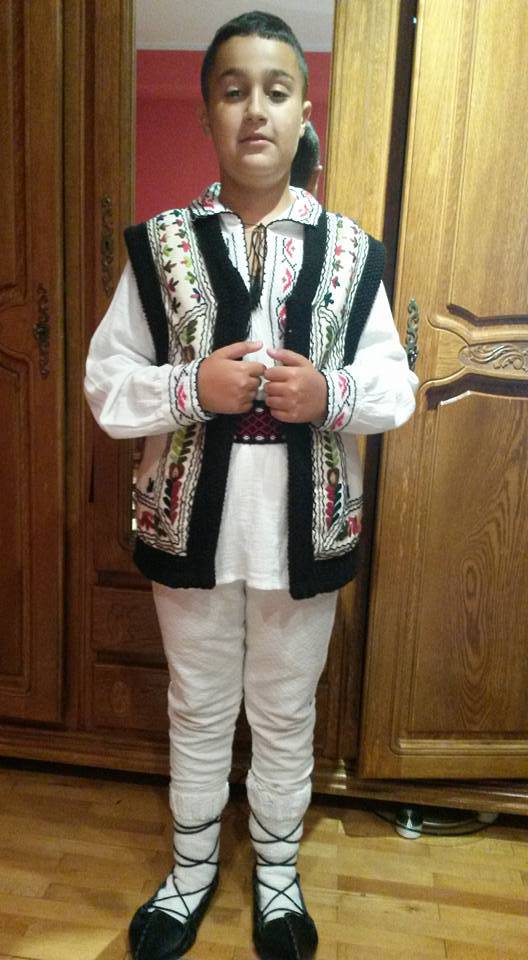 “When I grow old, I want to be a musician. I love to study piano and I also love to sing traditional music, I would love to do them both”, says Toni, shaking his shoulders. Carmen keeps all the video she has with him at the contests or shows he participated at, she has followed him everywhere. “He always won something… some special prize, the first place, the second place, nothing”, Carmen laughs. In a video she has on her phone, Toni shows up dressed in traditional costume, with opinci (traditional footwear once made of pig leather – n.r.) on his feet, strongly grabbing his traditional vest, as if showing it to the world, confidently holding the microphone with his other hand. Toni lacks of patience to watch the video, he leads his thin fingers to his nose, throwing his chin up high, pretending she blows.  “Today my village is jolly”, is the name of the song he sings on a scene from Vorona, a small village from Botoșani county. It was a day of September, this year.

“He really loves to sing. His backpack is always heavy when he goes to school (The Art High School «Ștefan Luchian» from Botoșani – n.r.), he studies hard. I think he inherited this love from his grandparents, both my dad and his father’s dad were singers, and his father even mastered the accordion when he was young, but he gave up eventually”, says Carmen. But Toni doesn’t have any intention of giving up and his parents wouldn’t forgive themselves if that ever happened. He has music running through his veins, that’s what she always tells herself.

Since he first opens his eyes in the morning until he falls asleep at night, Toni sees, hears, sings, breaths, musical notes.

– How much do you study per day? I mean, how does an ordinary day look for you?

Without constantly rehearsing, his talent would have vanished, the piano keys would have been covered with dust. The situation is not bad, both Carmen and Mihai work the entire day to make sure the boys have everything they need. They are merchants since they can remember and the money they earn is slowly converting into piano meditation hours, canto rehearsing hours, Bogdan’s meditation hours… The money is measured in hours waiting for their payment. But Toni totally deserves it, says Carmen. When he starts playing the piano, sitting straight in front of it, her eyes begin to shine, letting the tears to flow. She is so proud.

From so many musical scores, which he also tried to make her mother understand, so “that I know that he first learns how to play with his right hand, then with the left one, and only then he memorize everything and combines them”, from Bach music, Moskovski or Chopin, he chooses a study of Burgmüller. He sits straight close to the clavier, warming up his fingers, he then moves the score closer to his eyes, and all of the sudden, there is music. Sweet sounds that come from his tiny fingers touch, while he looks without winking at the keys, at the score, at the keys, at the score… The mother looks at him without moving a muscle. Toni is dreaming. When he stops playing, he cheerfully stands and his roguish smile appears again.

Only Toni knows how Burgmüller and the traditional trumpet get along.