I am not a nobody by Annamaria Kozma

At Starbucks in Baneasa Mall in Bucharest, the last orders are being taken. Behind the counter, barely visible, Violeta spins like a top; she makes coffees with heart shaped foam, takes payment and gives change. She is looking forward to finishing with her last two clients, because she is thinking only of where has she put the keys?

She closes rapidly the till and runs to the back closet, where she finds the keys in the rucksack; what a relief! There are already two to three years since she got house keys, but she still finds it weird. “I am not used to it.”

It was a summer day in 1993 when Violeta Pocovnicu’s mother left a maternity unit in Bucharest leaving behind a darker skinned baby of 2.7kg and with a dash instead of the father’s name on the birth certificate. Six months later, the child was transferred to the crèche of the Child Protection System. After two years, Violeta reaches the St Peter and Paul Placement Centre on Calea Dorobanti in Bucharest. Violeta Pacovnicu belongs to the thousands of children a year that are still abandoned at birth, even after the revolution. According to a study made by the Ministry of Health and UNICEF in 2004, the abandonment situation was almost unchanged compared to under the communist regime: approximately 2% of the new-borns were left behind in the maternity units in Romania. “I thank her for leaving me there, or else I would be a nobody” says Violeta while she is taking her apron off with determined moves. I have met wonderful people and maybe now, I would have been worse: a cleaning lady or a beggar or something.”

The orphan in the world

Violeta sung in the choir for the first time when she was three. She was under the guidance of Cristian Slateanu, the music teacher of the placement centre, a passionate man who gave up playing in the Philharmonic to teach the institutionalized children, says Violeta. “He taught me how to play the viola, the piano, the guitar and to sing. He was like a father to me.” But life was not revolving just around the centre, close to the people she was used to. “The gypsy orphans have come to steal” – this is how she together with other four children from the centre were received in the first grade by the rest of the colleagues at the Primary and Secondary School No 45 in Bucharest. “They were looking very nastily at us when we entered the classroom, a look filled with hatred, you know?” They were brought to the new classroom by their pre-school teacher and the new teacher put all of them at the back of the class. At festivities, they were introduced separately as “the group from the placement centre”, and during breaks the colleagues would not stop the bullying. 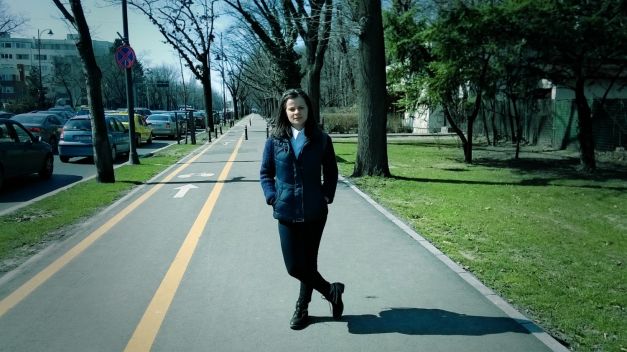 Music has been Violeta’s chance. Even if she did not turn out to be super gifted, music was the red thread in her childhood. She has participated, over time, to many singing moment with the choir, even abroad. In the third grade she moved to George Enescu Music High School where she stayed until the end of high school. Here, the bullying related to the fact that Violeta was different stopped once she entered ninth grade. This was because she used to be very friendly and “a very well behaved child, extremely well behaved”, as Madalin Voicu Jr, her class master, teacher and pianist recalls. “Although not a genius, she was always a serious child. It was never a question of tolerating her because she was coming from the placement centre. When you study at a vocational school you need to be good; it does not matter which family you come from.” Violeta was the only student of Voicu with such a family situation, but she managed to integrate very well with the rest of the class, although she was not the brightest one.

“Study, otherwise you will be a nobody, since you do not have a mother or a father to help you out! That is what the carers would always tell us”, says Violeta with a satisfied smile in the corner of her mouth. Although her grades were always above 8, which allowed her to participate in free trips and activities that the placement centre was offering as a study incentive, Violeta still has not passed her Baccalaureate, more than two years after finishing high school. “Life leads you, you get a job, you can pay for rent and you live from one month to the next, and this is how you limit yourself. This is one of the risks for children without strong models within the family” says her former headmaster who regrets he did not push Vio, he is using her nickname, to pass her Baccalaureate. But Violeta is optimist. She has a good job. She is making almost 2000 RON per month, tips included. That is plenty to pay for rent, buy food and even go out from time to time. “If you are sad most of the time, the chances of changing your future are weak. You need to look on the bright side of life, to be ambitious, very ambitious, because everything depends on yourself; you have the cards, you have them the way you play them. 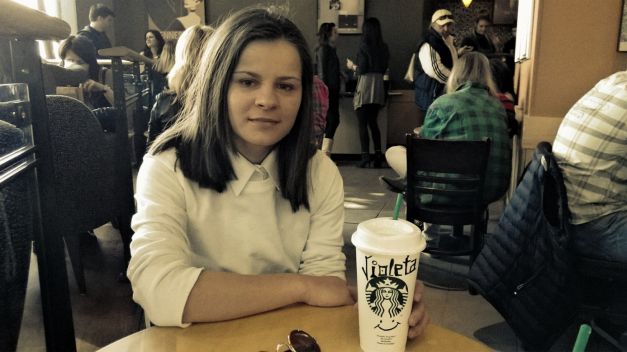 EThere are studies that show that children who were raised without parents risk, from a psychological point of view, not developing a feeling of control over their own life. This is due to the powerful and repeated changes that they could not control, e.g. changing the placement centre, changing their friends, changing the people that care for them, being exposed to abuse, discrimination, inconsistency in the affection they receive. They end up thinking that they cannot change the way things are through personal effort and that what happens to them is because of “fate” and must be accepted. That is why orphans are often hopeless and helpless, incapable of managing on their own. This is not Violeta’s case though. She understands, at least at a conscious level, that “you reap what you saw”, and she likes being independent. “Look, for example, at Alex (a former colleague at the placement centre – n.a.): he is blocked. He has not got past the period when he was at the centre and he is still there, not able to move on. Everything that happens to him, he blames it on the fact that he was raised at the placement centre, the fact that he is Romani or that he has darker skin. It is not good to look at things this way, it is really not good. It was not easy for me either, but I was able to move on, it does not mean that tomorrow we go and kill ourselves because we have led a sad life. Really?!”

Home, at the centre

There have been around seven families, who over time, wanted to adopt her, but Violeta’s mother has never renounced her parental rights. “I would lie if I said I never wished for someone to take me”, says Violeta, mainly referring to one priest family who liked her a lot and to one educator who loved her dearly, the only person whom she would call “mother” from the bottom of her heart. Violeta’s mother tried to take her home once, when Violeta was 16, after being away for many years. She remarried a few years before and was living together with her husband in a house which they built together. But then, Violeta did not want to: “I did not feel comfortable to go and live with a family, in general. The ones who long for a family, they come from one, but I was raised at the placement centre, and I liked it there and I did not want move in with her. What would I be doing there?” Initially, Violeta was upset on her mother when they got reunited, but she has never asked too many explanations of her. Since she got out of the placement centre, they keep in touch and they speak on the phone once every few weeks. “I do not blame her; I do not know what was in her mind and in her soul, but it was for the best for me. I am glad she did not give me up for adoption. I am her girl after all. Violeta lives two tram stations away from Unirii. She rents an apartment together with three other girls, all good friends from the placement centre. Before, she lived for a year in a social flat, where an educator was supervising them during the day and even if she did not enjoy it she learned how to survive. When I got out of the centre and reached the social flat, I did not know that Enel is the electricity provider. I was never before in a kitchen either. She is satisfied now, she always cooks together with her flat mates and she tries to manage her food bill not to exceed 300 RON per month. She does not have clear future plans. “Every time I made plans, they did not turn out the way I wanted”. She would like to try to sit the Baccalaureate again in the summer and she would love to have the opportunity to sing again. She takes the key out of her rucksack carefully and puts it in the lock, grateful that she has arrived home. Her former class master thinks that not even the key she has now can compensate for the fact that she can never call home unconditionally. Nothing will compensate. Violeta does not seem to notice it; she opens the door and says smiling: “I try to look at the good things in life, because if I stay in the past, I will bury myself there”.

This article can be read here http://adevarul.ro/news/bucuresti/nu-nimeni-isitraieste-viata-tanara-crescuta-orfelinatele-bucurestene-1_553ce380cfbe376e35919432/index.html