The scalpel does not care about ethnicity by Anda Elena Pintilie

She has been through many moments that could have broken her. She has cried because of them, has stood against them, of just turned her back on them. She managed to transform all of them into life experiences.

“I’m Alina Calin, specialist registrar in general surgery and I am of Romani descend. Straight talking- this is how she introduces herself, without hiding her beautiful smile. You lose yourself in her green eyes and it is difficult to know how to continue the conversation. Her tune is so calm and natural that it disarms you.

She is the third sister out of five siblings who has a degree. Her family comes from Podu Iloaiei, Iasi county and are ursari. “My mother is a housewife, my father a pensioner. He used to be long distance bus driver. My family supported me a lot. The competition spirit helped as well, because I met many obstacles in my life. There were many times, when I was returning home from school crying during the first eight years of school. Some children would come from home set to discriminate and they were not able to tell between right and wrong”, says Alina. There have been times when she wanted to quit, especially when she had to deal with mean looks and offences.

The solution came from her best friend, who was also her desk mate, role model and competitor. “They would call me Jumi, and they would call her Juma. I was a gipsy and she was Romanian. She was an educated person, who was not judging anyone on background, religion or social status. She was the best in her class and was an example for me, who could not be outdone”, smiles Alina. Some teachers wanted to split them apart, because they were accusing Jumi that was copying from Juma.                                                                          “Something quite unlikely to happen since we were in the first row, next to the teacher’s desk. They moved us apart for a while, but we missed each other. In that period we had many tests and it became clear that my grades were deserved. So, after my friend’s mother intervention, they moved us back together”. Juma is doing a Masters at Cambridge and Jumi is the only one of her generation who is studying Medicine.

Alina went to high school in Iasi, specialising in primary school teaching – educators. She told her colleagues from the beginning that she was Romani and no one seemed to be bothered. Unpleasant surprises came from some of the teachers. “I wanted to know why I was wronged in a test in Romanian language. I have asked my teacher and she told me: For no reason, I cannot stand you because you are a gipsy!”.  The world came tumbling around her like many other times. But, Alina always had the power and courage to build and rebuild her dreams. She has also found people that helped her to tip the balance back, to encourage her and to believe in her. 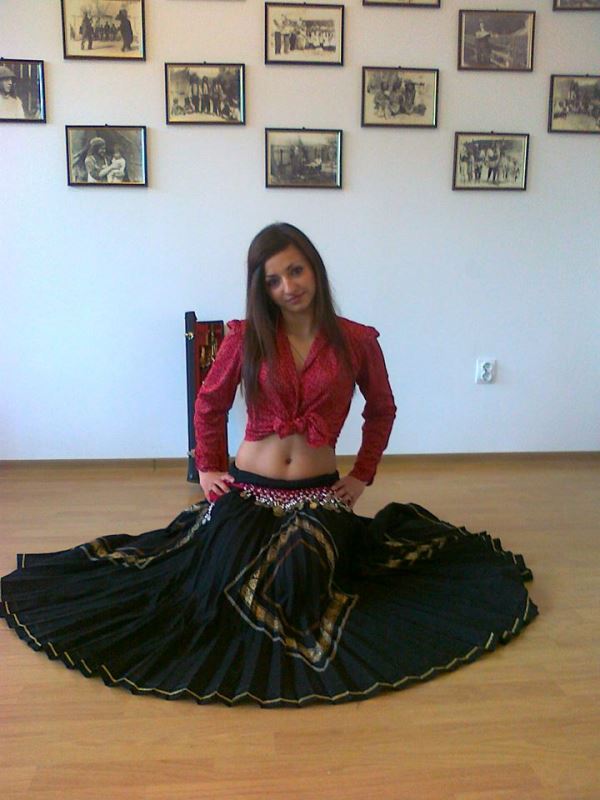 Nothing seemed to stop Alina once she was set on something. The plans changed in the 12th grade, when her brother had a terrible accident. This connected her to the future. “He needed to stay in hospital and to have surgery, and the desire to make my brother well made me apply to Medical School. Then I had my first impulse and the dream became reality. From year to year, I felt the need to read even more, to go deeper in a field, but not because I wanted a good grade in my exam, but because I wanted to make progress in my career. I knew from my first year that I wanted to become a surgeon. That was my dream”.

It was not easy, especially since it is quite expensive to be at Medical School, and eight years ago when Alina entered Medical School, there were no special places for Romani. “There have been periods when my father did not have a job. I was commuting, I would go home in the evening and I did not know if I had any money to come back. But I had a huge desire to finish what I have started”. So, bit by bit, her parents together with her older brothers helped Alina so that she could continue her studies. Although they did not approve from the beginning for her to study Medicine, since they thought is takes a long time and there are huge financial costs, her parents have always supported her as much as they could. Now, they are proud of the results. “My housewife duties have focused especially on educating the children. I have always encouraged them to go to school. I wanted for them to have a work place, so they do not depend on anybody. It is nice when you notice you haven’t sacrificed yourself for nothing! Romani children can become great, they can have their dreams come true – but, for all these, the parents need to understand how important is for them to get involved! They need to be determined and to help the young ones to overcome the discrimination problems”, says Maria Calin, Alina’s mother.

Gr. T. Popa Medical School is the only institution in the country who teaches a course about non-discrimination in the health system.  In addition, there are people from over 70 countries who study here and recently, the Romani students were given several facilities. “On top of the places funded by the Ministry of Education, we offer separate places for Romani students because we consider that we can eliminate discrimination only through education. At the moment, there are 160 Romani students at our university and not a single dropout, which proves that it is not the background, but the person that matters and with the appropriate help they can finish Medical School”, says Vasile Astarastoae, the rector of the Medical School.

Today, Alina is grown up. Even if there are still people who wrinkle their nose, she does not pay them any attention. “The scalpel does not differentiate between ethnicity. This encourages me even more to evolve as a surgeon, to build an honourable and decent career.”

“Alina is one the children who managed to overcome the prejudices of the society, who made considerable efforts to continue her education and to establish her career. It is a reference point for all of us”, says Elena Motas, her former high school Romani language teacher, who is a counsellor of Romani affairs at the Prefecture in Iasi. 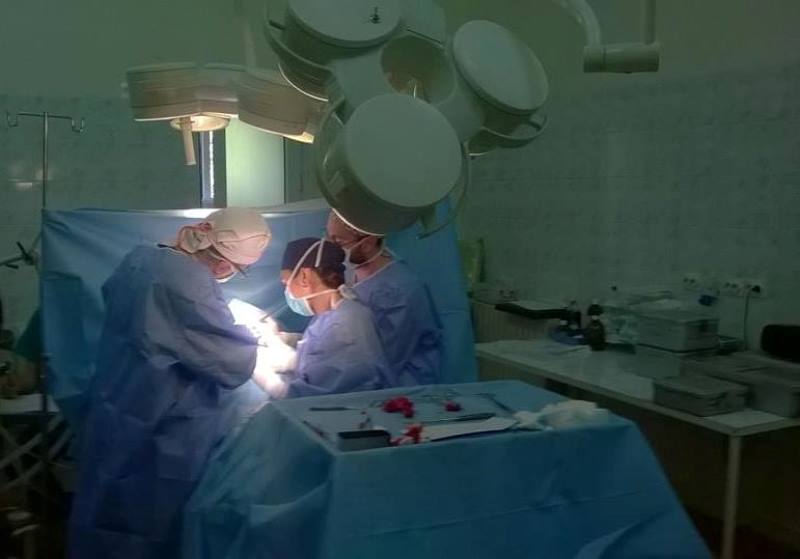 Alina has a sweetness and an innocence in her looks which does not reflect what she had to go through and could have hardened her. She speaks Romani to Romani patients in hospital – surprising them, making them feel better and increasing their confidence. She has never thought that one of them could embarrass her. It is them who empower her to go forward and not forget her goal. It is something that is very personal to her and far from any financial interests. “This is where my purpose is and I do to seek any riches. God takes care of everybody. This is the principle that guides me. No good deed is left unrewarded”, says Alina.

Her faith is strong and her face lights up when she talks about the help she has felt and feels all the time during her exams in her white coat. “I keep a little icon next to my chest and I always say a prayer before entering the theatre, even if for the time being I am the second in command. God works through doctors. She exults the inner peace that one needs, it gives you wisdom and brightens your mind”.

She looks with happiness towards Andrei, her Romanian boyfriend. She looks with happiness towards her circle of friends – where both Romani and Romanians live peacefully together. She trembles when she remembers everything she has been through, but she would not want to change anything. All have contributed to her development and all have been easier, with the unconditional support of the family. “Family matters a lot for Romani. If you have the moral support of the parents, one can reach far. Otherwise, the children renounce without help and due to the discrimination. It is very difficult, I cannot explain the feeling. You feel as if you belong to nobody and you feel like nobody. Some people who are the majority force you and one ends up vulnerable. It is important not to answer in the same way and to think positive”.

Alina wishes like the rest to become part of the big society. She wishes that, more and more people to get an education and be part of the society with their head up. They should be proud when they call themselves Romani, to love Romania and to develop through education.

This article can be read here: http://saptepietre.ro/2014/12/bisturiul-nu-tine-cont-de-etnie.html